Born to Be Soundsystem

Born to Be Soundsystem 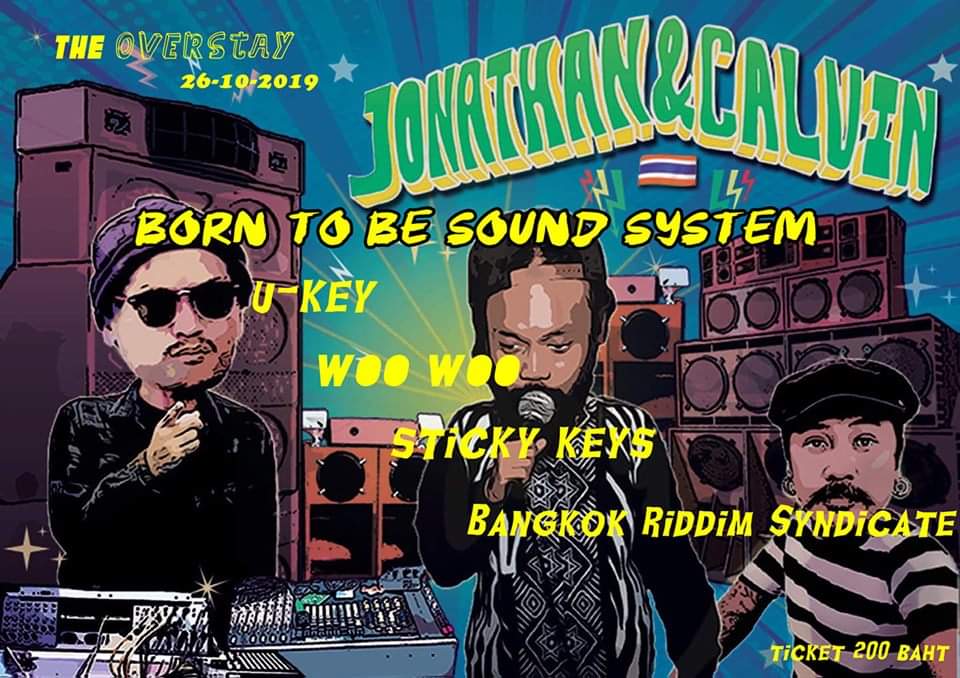 Jonathan And Calvin are a reggae band from Thailand regularly headlining festivals all around SE Asia, having performed at the An Bang Reggae Beach Festival in Vietnam and now for an intimate show at The Overstay. Their super fast chat style, live riddims and effortless singing in Thai makes them well versatile

Sticky Keys Music is a Music Producer and Sound Engineer grasping his knowledge from the sounds around him to fine tune his own music. Playing the right music to rock the crowd his style covers a broad range from Hip Hop, Reggae, Dub, Dubstep, Dancehall, Jungle and more
Sticky Keys’ Production links:
http://ryanpittam.bandcamp.com/
http://www.reverbnation.com/ryanpittam

Woo Woo is a dancehall artist, MC and downhill skateboarder representing Thailand, she will bring some fresh new vibes on stage and the mic as well as original tunes to mash up the dance as one of the few women MCs in SE Asia. Don’t miss this.

U-key Hayashi Aka Tennis Brown is a MC and DJ from Japan, this rub a dub soldier has big energy and stage presence to take you guys moving and jumping to the riddim with his signature toasting style

Bangkok Riddim Syndicate is Yuval and Selecta Rainny, (also owners of The Overstay hostel), the BRS sound are dealing in selecting world music and riddim production. Their style encompasses Folk, Rare groove, Steppas and much more

Come along, join in, and nice up the dance!